0
was successfully added to your cart.

Is Defaming Someone a Crime? 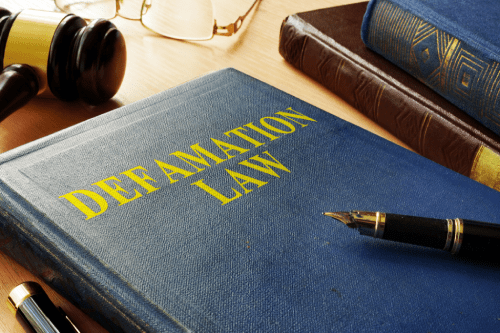 Is Defaming Someone a Crime?

Sound confusing? We’re going to go into this issue to help you understand when defaming isn’t a crime and what you need to be aware of.

When is it a Crime

Defamation is rarely a crime that can lead to jail. The only time defamation is a crime is when it’s known as criminal defamation, which means you need to commit a crime in order to defame someone. These cases are extremely rare in the US and only 24 states have this law on the books anyway.

You’ll almost never find a criminal defamation case because many argue that the law infringes on the First Amendment rights of its citizens.

The Most Common Type

The most common type of defamation in the US today is known as civil libel. So even if you lose a case in court you’re not going to go to jail. You’ll be asked to pay compensation.

That doesn’t make it a crime, though.

Civil libel cases can happen entirely by accident. Saying the wrong thing online could lead to you being prosecuted, but because there was no malice behind it the defamation case isn’t tried in front of a criminal judge.

How Can You Avoid Accidents

Think before you act. Always make sure you consider whether you’re defaming something before you begin writing. Go out of your way to ensure that you aren’t accidentally accusing someone of wrongdoing when you have no evidence to back it up.

This is why big corporations hire large legal teams to manage this. They have a team of lawyers who can manage their publications so they don’t inadvertently find themselves in this situation.

Are there Any Defenses

You should always speak to an experienced attorney if you find yourself in this situation. However, there are libel defenses you can use.

However, doing the same when they haven’t been convicted is.

Last Word – Watch What You Say

Defamation isn’t something you have to worry about from a criminal standpoint. You just need to tread carefully if you decide to call out a third-party in a public arena.

Have you ever being prosecuted for libel?

A site-wide Call to Action Section! Have you fallen in love yet? Buy This Theme!

We remove personal info & bury negative content on the internet.